It has been an extremely busy year so far in the garden. Fortunately we have a really dedicated group of volunteers who have shown up week after week and worked their gardening boots off! With Mary Toomey back to direct the work on Wednesdays the jobs have been very varied. If we ever find ourselves at a loss for something to do the weeds are always poking their heads up waiting to be hoed.

What a year for weeds! In fact what a difficult gardening year, no need to go into that- it is probably burned into our memories. The upside of all that rain was that, unlike the year before, all the new planting did not need to be watered. As the watering system still leaves a lot to be desired, not having to carry watering cans around the garden helped those of us with dodgy backs. The garden is still operating on a shoestring and every euro raised is miraculously stretched and plants and equipment are somehow obtained.

The courtyard water garden, which was funded by a legacy, was completed by early summer and our club volunteers took over the ongoing maintenance when all safety checks were done. The lower path was also widened and a new bed put in.

The Orchard Day Care Centre (the Alzheimer Centre) was open to the public on 7th October as part of the Open House weekend. This takes place every year when houses of architectural interest are open for three days. Over two hundred people visited the Alzheimer Centre and garden.

Here are some photos of the garden taken in November, and by way of comparison, a few from earlier in the year to show the growth in one season.

This group of photographs (below) shows the garden on 28th November 2012. Even at this late time of the year, we are still enjoying some wonderful colours throughout the garden.

Pity about the low temperatures- our intrepid gardeners, well insulated against the cold, give the game away! 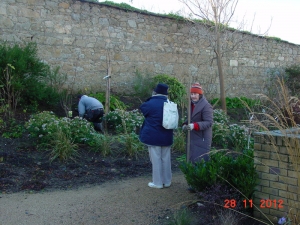 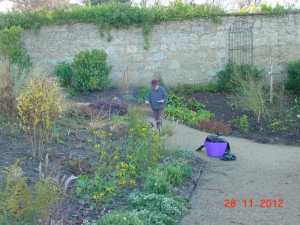 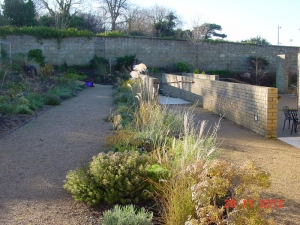 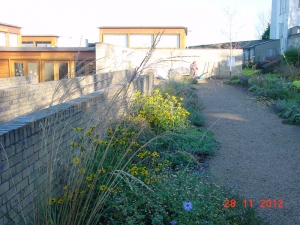 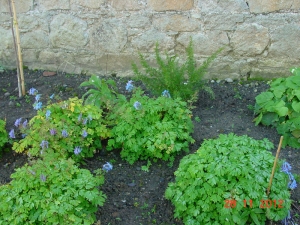 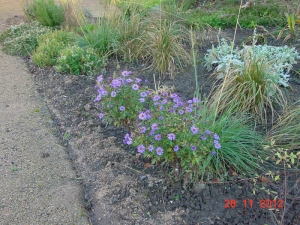 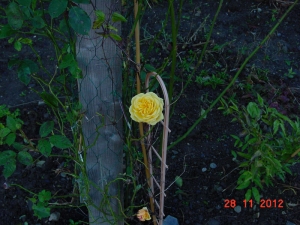